STAN:  I thoroughly approve of Joe giving so much attention to Stryke.  He's the lynchpin of my orcs war band, its guiding light and (usually, but not always) its still centre.  He's pretty bright, having worked his way up from a shit-shoveler in the dragon pens to captaining his own band.  He has the attributes of a leader, including courage and resourcefulness.

JOE:  Not only were a majority of my orcs drawings of Stryke, but he probably had more variations than any other character. 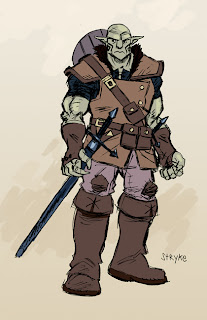 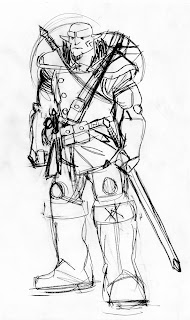 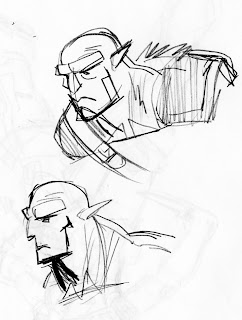 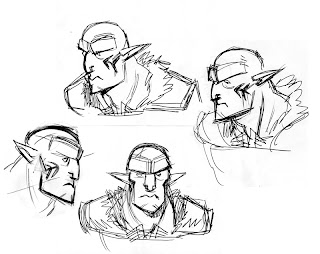 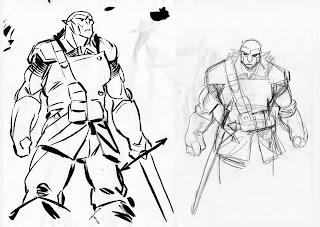 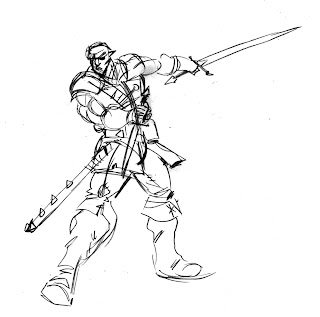 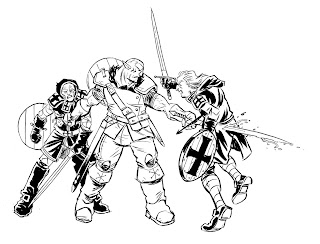