JOE: Jup is the only non-orc in the war-band, he's' an outsider and the other orcs are mistrustful of him. A perfect comparison would be Toshiro Mifune's wandering samurai in Kurosawa's Yojimbo. I came to this piece for inspiration out of desire to move away from the traditional depiction of the red-bearded, nordic-inspired dwarfs, with their battle axes and horned helmets. ( ironically, Mifune played the title character in the film, Red Beard). Samurai's have the mastery of swordplay and code of honor that I thought would be a good fit for Jup. 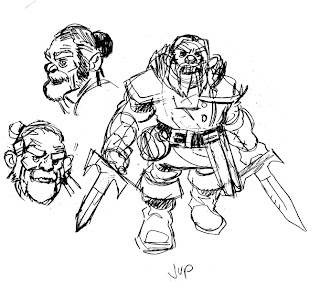 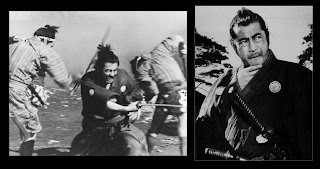 STAN:  I'm pleased that Joe didn't go for the traditional, not to say clichéd, depiction of dwarves.  And the samurai aspect certainly rings a bell with me - I'm pretty sure it was one of the influences in the ragbag of my subconscious.  Mifune had a unique screen presence, and was equally convincing as fool or hero.  He was unforgettable in Seven Samurai, and perhaps even more so in Throne of Blood.  It's nice to think that something of his spirit made its way into the graphic novel. 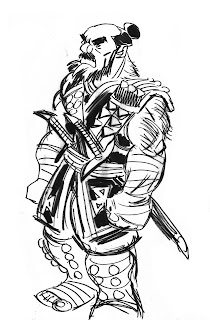 JOE: Jup shaves his head and dons the Wolverines uniform to fit in with his orc brothers at arms. If he were to put on the garb of this native dwarf race, I imagine he'd looksomething the this: 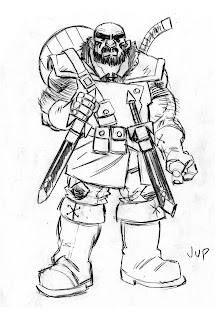 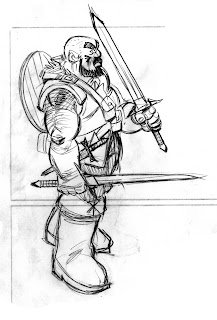 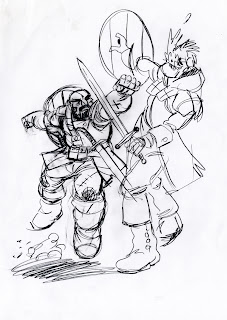 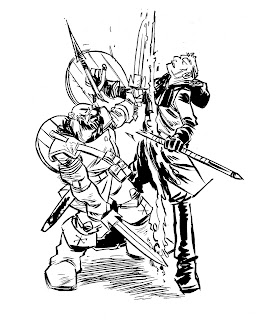