STAN: For those not familiar with my orcs, I should explain that, yes, they're ferocious, intimidating and unparalleled warriors, but they're not actually evil. Nor are they mindless brutes. The series' McGuffin, if you like, is that the orcs had a bad press. On the basis that it's winners who write history books, my idea was that the orcs were the race whose positive traits got airbrushed out of existence. I've always felt they got a bum deal, and one of my intentions was to provide them with a culture, beliefs, hopes, fears, a certain code of conduct and even a measure of nobility. Joe's portrayal brings out these aspects.

JOE: This is where I had a breakthrough. The proportions are far less exaggerated than the earlier drawings. This is a serious soldier that can move quickly and march long distances and still be ready for a fight. 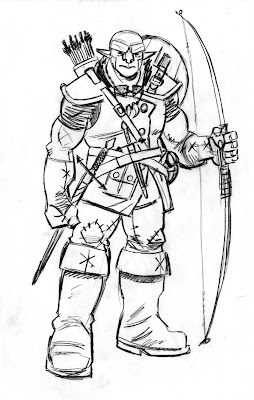 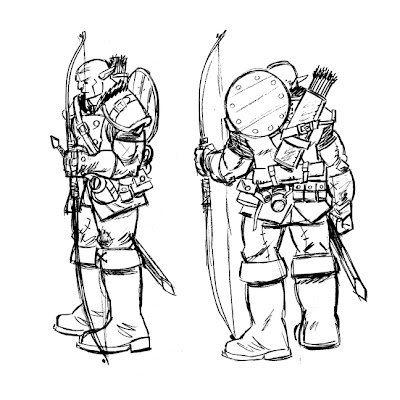 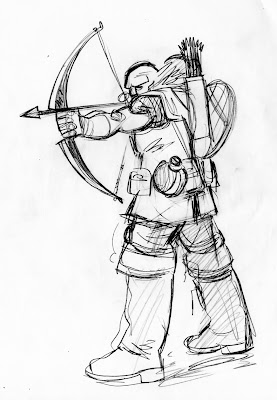