JOE: I'm very disappointed to say, I seem to have lost a bunch of my Alfray sketches. I know I did a lot more than this, but they just disappeared. It's too bad, he's got a great face, very expressive. 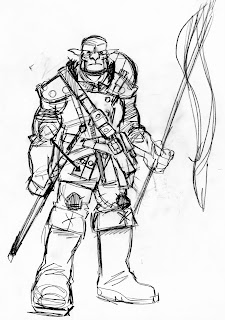 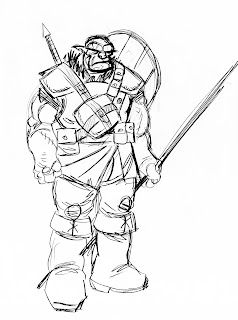 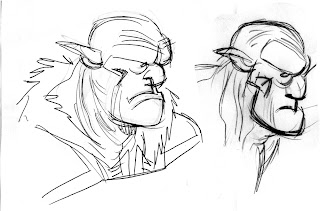 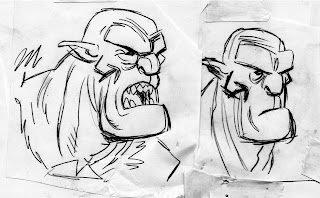 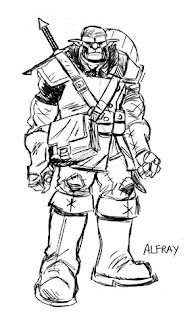 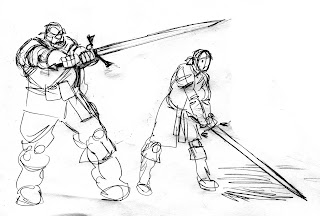 JOE: I don't know if Stan has any back material about the orc life cycle. At what age do they it maturity and how long they live. All I know is, Alfray is old for an orc, but is still strong as hell. Here he is wielding a claymore with relative ease.

STAN:  Orcs have a life-span roughly equal to humans.  Or at least they would if they didn't have such a perilous existence - death is something they risk daily.  Alfray is the oldest member of the war band.  As such, he's a living link to the past in a world changing rapidly, and not for the better, because of the influx of humans.  He remembers earlier, happier times, before the orcs fell from grace and into something akin to slavery.  So there's a sense in which he's a device for emphasizing those changes.  Given that orcs rely on their strength, stamina and martial agility, those few who survive into later life have a constant anxiety about their powers diminishing.  But that's counter-balanced by their accumulation of experience and wisdom.  In this respect Alfray allows me to explore the dilemma of a warrior
fighting his greatest foe - encroaching old age. 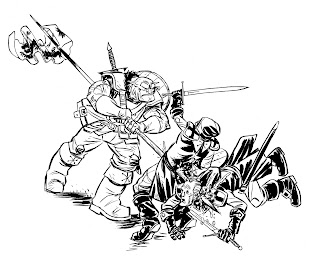