JOE: This version of the cover was my attempt at a more contemplative pose. My editor dug this one too, and suggested it as an inside cover. That's where it ended up, I don't have a copy of the final version that was used, but the book designer went with red on red and it looks awesome. 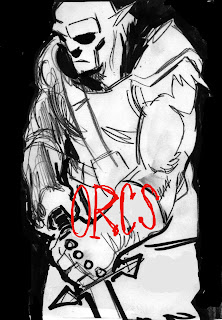 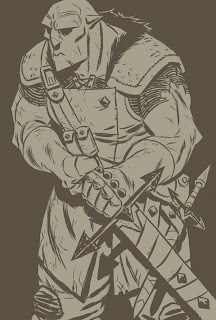 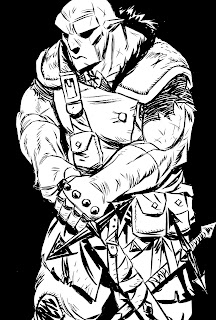 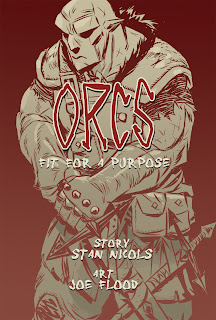 STAN:  Awesome indeed.  There's a lot of power in this picture, and the contemplative element somehow adds rather than distracts from it.  I like it a lot.  If I had to pick a single image that sums up the nature of my orcs, this would probably be it.  I see that I'm now "Nicols".  We're getting closer.