Challenge of the Equine


JOE: I have yet to find a more difficult thing to draw that a figure on horseback.  There is just something about it, no matter how much you research and look at the way horses run, it never gets easy. People have been trying to capture the beauty and grace of a horse in mid stride for, I don't know, since cave men learned how to draw on caves. This will be a challenge I'm sure I'll have to face again and again throughout the rest of my artistic career, yet I will alway face it with great optimism and joy. (Ps. I've never ridden on a horse, I fell into horse manure when I was 5 at the circus, and that was that.) 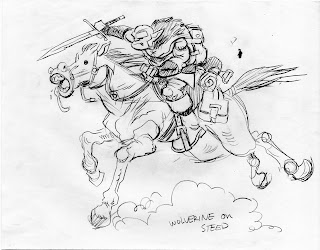 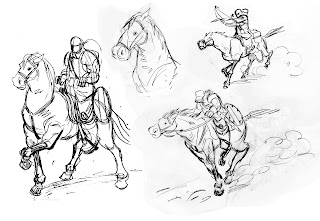 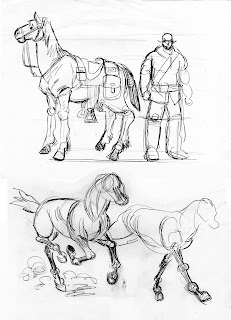 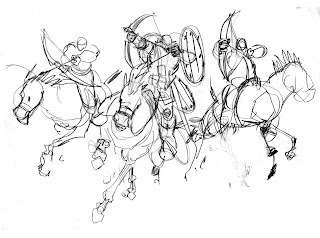 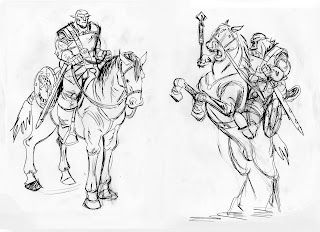 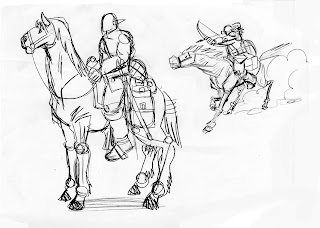 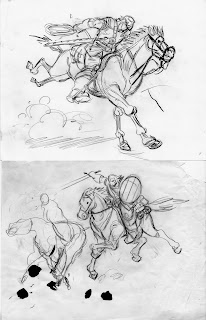 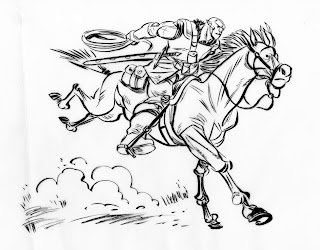 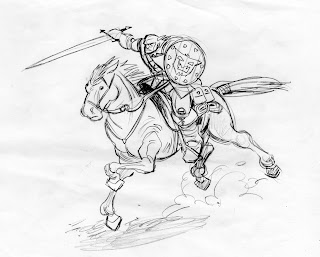 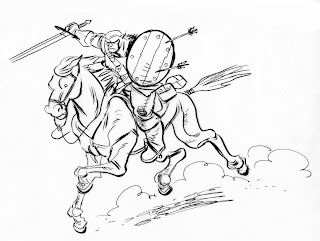 STAN:  I've no doubt that drawing horses convincingly is a real challenge, but Joe's managed it magnificently.  It must be one of those yardsticks by which an artist's talent is judged.  (Some say it's the ability to draw feet convincingly.  Which reminds me that that was a [very unjust] criticism levelled at the late, great Jack Kirby, who invariably hid his characters' feet.  But all things considered I think we can easily forgive him for that.)  The sketches of orcs using bows while on horseback particularly intrigue me.  As someone who's ridden a horse, badly, and who also has a passion for archery, I can think of few things more difficult to attempt.   I make no claims for my archery, by the way - when you get into it you realise it takes a lifetime of dedication and practice to achieve something approaching competence.  I've probably improved a bit compared to my first fumbling attempts though, when even standing behind me wasn't safe.

JOE: Some proof that Kirby clearly knew how to draw feet. 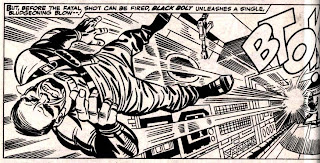 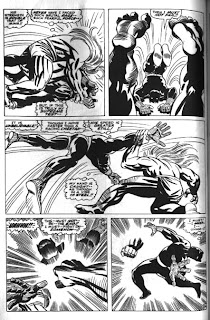 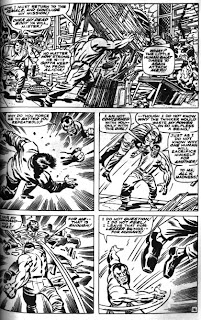